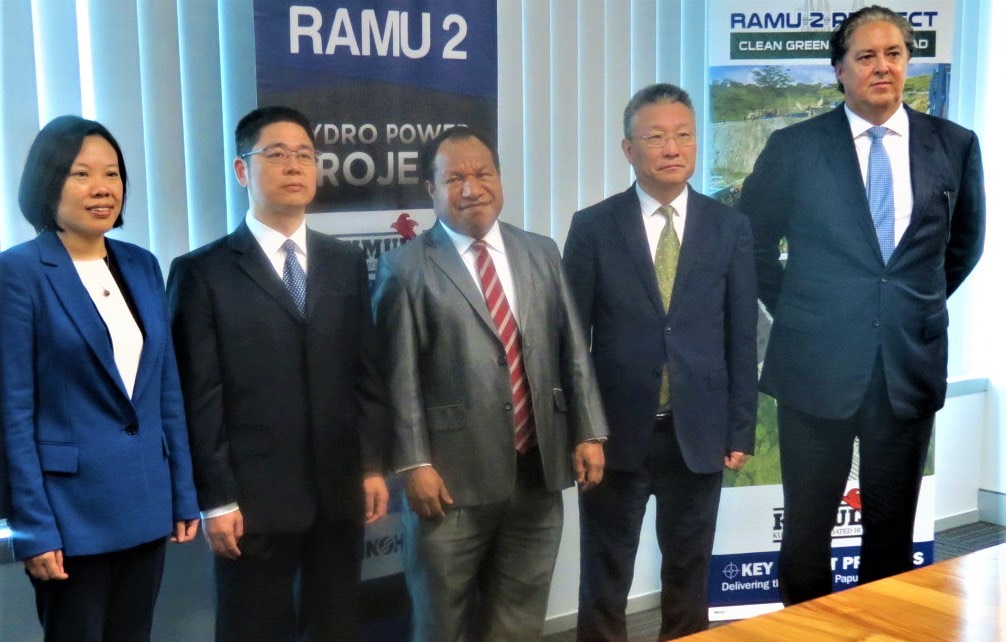 “The 180 megawatt Ramu hydropower project is the largest power project PNG has ever developed. This is a nation building project. It is structured to supply electricity to Wafi-Golpu and Ramu Nico mines and the people of the Ramu system. The project is valued at K3 billion, and represents the State’s directive to generate least cost power for the country,” MinisterDuma said.

Minister Duma made this statement in the presence of China’s Shenzhen Energy GroupPresident Pingyang Wang, in Port Moresby today (Thursday).

The National Executive Council endorsed the selection of the Shenzhen Energy Sinohydro Consortium in 2016 to finance and construct the hydro project.

“Under the Public Private Partnership model, the asset will be given back to the Government after 25 years of operation – debt free. The State, the Eastern Highlands and Morobe Provincial governments; and the landowners will then own this multibillion kina power infrastructure asset that will continue to operate for a further 75 years; while continuing to offer a long-term least cost power for the country,” Minister Duma said.

Shenzhen Energy Group President Wang Pingyang thanked Minister Duma and the Government for the confidence in having his corporation deliver PNG’s first ever multibillionkina hydropower project.

The Shenzhen Energy Group President has been in the country since Sunday meeting with the Prime Minister and major development partners such as Ramu Nico. He departs for China tomorrow (Friday).

Meanwhile, Kumul Consolidated Holdings Ltd has reviewed and renegotiated the commercial agreement and will then present it to the National Executive Council for approval before the parties can execute the project.

Minister Duma is confident the project will be launched during the APEC Leaders’ meet in November 2018.