PPL currently operates three (3) major electricity grids and fourteen (14) other standalone provincial systems. PPL is one of PNG’s largest State Owned Enterprises comprising generation assets with a total installed capacity of around 580 Megawatts, total of 4,100 km of transmission and distribution lines serving a growing customer base of over 124,000 customers’ nationwide encompassing industrial, commercial, government and domestic sectors. Where possible, the services extend to rural communities adjacent to these urban centres.

As sole service provider within its service area, PPL is subject to economic regulation by the Independent Consumer and Competition Commission (“ICCC”) which has responsibility for regulating competition and controlling prices in relation to electricity supply.  The ICCC had issued PPL with a retail license, a generation license, a distribution license and a transmission license under the Electricity Industry Act 2002.

A regulatory contract between the ICCC and PPL was established in August 2002 and provides the mechanism for establishing and changing retail tariffs and sets out required service levels and performance.  PPL also acts in a regulatory role on behalf of ICCC.  Its responsibilities include approving licenses for electrical contractors, providing certification for models of electrical equipment and appliances to be sold in PNG and providing safety advisory services and checks for major installations.  The Government is in the process of establishing the Energy Regulatory Commission, which is expected to assume all regulatory functions previously held by the ICCC within the energy and electricity industries.

The electricity demand has experienced continuous growth in the last five years as a direct result of positive growth in Papua New Guinea economy. The major centers of Port Moresby and Lae are driving the demand of electricity up. This has resulted in PPL and KCH investing in short term generation option as well as investing in long term generation solutions. Short terms solutions include entering into power purchasing agreements with independent power producers and purchasing diesel and gas fired generators to meet the growing energy demand. PPL is working to achieve the Government’s mandate for 75% of the population to have access to reliable, consistent and affordable power, by 2030.

In the long term, hydro power is the main focus given PNG’s abundant hydro potential. KCH and PPL together with external partners are currently progressing discussions with some major hydro power projects including the Ramu 2 and Naoro Brown Hydro Projects, as well as looking at other generation sources such as biomass and thermal energy for future development. 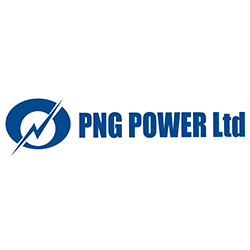