ANL is the national airline of Papua New Guinea. It commenced operations in 1973 and has operated as a Government-owned company since August 1996. ANL’s core business function is to provide international and domestic air services for passengers and cargo to and from Papua New Guinea.

As at 31 December 2017, ANL has a fleet of 25 aircrafts, flying to 14 international Asia, and Pacific destinations and 19 PNG domestic destinations. ANL carries more than 300,000 international passengers per annum and has code-share arrangements with Qantas, Solomon Airlines, Air Vanuatu, and recently with the Fiji Airways. ANL has approximately 75% of the domestic market carrying more than 900,000 domestic passengers per annum flying to 25 destinations, including 15 provincial capitals, 4 sub-regional towns and 6 mining towns.

As part of an overall industry reform, KCH is currently reviewing the existing operations of ANL with a view to streamline non-core business activities and explore options related to the separation of international and domestic route services. The focus will be for ANL to continue to operate profitably in a competitive environment whilst meeting the demands of its customers.

To build on current volumes, ANL is embarking on an “East-West strategy” to leverage the airline’s central geographical location and develop Port Moresby as a transit hub to connect the major markets of Asia with the Pacific region. In line with this is the redevelopment of Port Moresby’s Jackson’s Airport providing world class airport facilities for the travelling public with efficient customer experience as they arrive, connect and depart through Port Moresby to domestic and regional international destinations. The full development of Port Moresby as a hub will benefit the economy. Similar redevelopments are being undertaken for airports in other centers of the country.

The State intends to partially divest its shares in ANL. The divestment exercise is expected to include citizens and private placements with superannuation funds and Papua New Guinean based investors and institutions to acquire equity in Air Niugini Limited as a public private partnership. The sale is expected to be the benchmark for future Government asset sales and public-private partnerships. As at the date of this offering memorandum, there have been no formal negotiations with any party in respect of such sale. 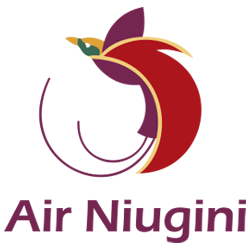