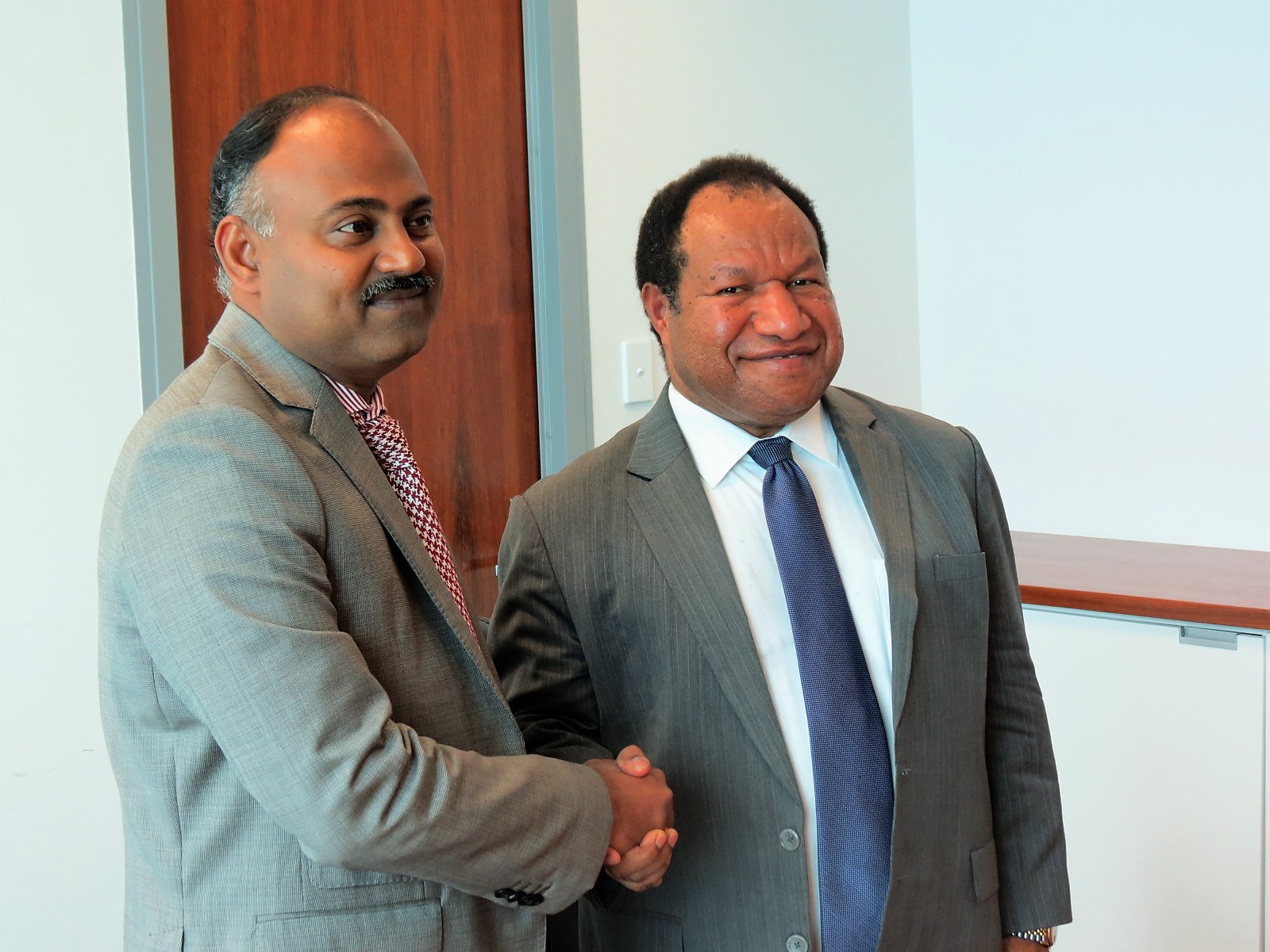 Monday 17th June, 2019 – Port Moresby: In a small but significant ceremony this morning, former Minister and Member for Mt Hagen William Duma, handed over the reins for the Ministry of Public Enterprises and State Investments to West New Britain Regional MP Sasindran Muthuvel.

Duma said he was privileged to have served in a ministry that oversaw the interest of the Government’s commercial assets and leaves with no regret.

“I vouch for Mr Muthuvel’s credibility and integrity, and I leave the ministry in his capable hands having no doubt he will continue from where I have left off,” Duma said.

Minister Muthuvel thanked Duma for his service, stating that the State owned enterprises where important entities that needed a complete overhaul to make them more efficient and profitable.

“I intend to push for the best interest of the enterprises and top on my priority list is to ensure minimal or no political interference. I know it won’t be an easy task but I will give it my best,” Minister Muthuvel said.

The new Minister also took time to clarify the confusion brought on by recent announcements concerning the existence and management of certain enterprises.

He said though certain entities will have to move under different ministries; that will not take effect until such time when the KCH act is repelled to accommodate for the proposed changes.

He said, “Until that eventuates, nothing changes – Kumul Consolidated Holdings is still the trustee of all the SOEs that fall under its existing mandate.”