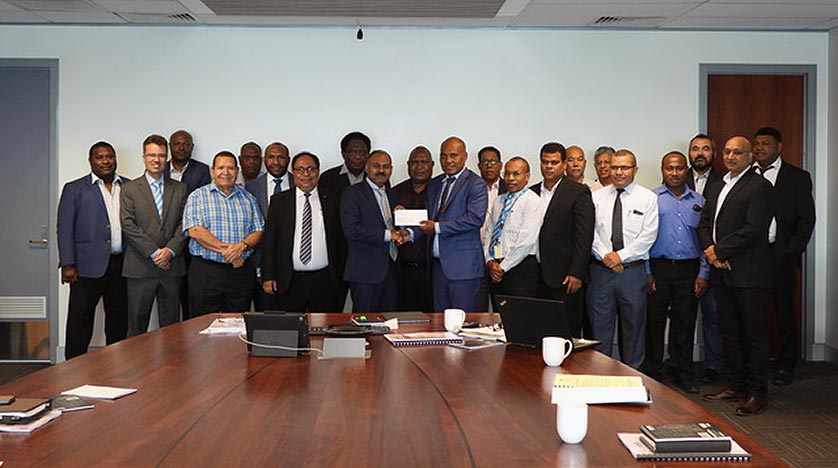 The money was presented recently to the State Enterprise Minister, Mr Sasindran Muthuvel, at a ceremony at the peak SOE, Kumul Consolidated Holdings Ltd.

KCH’s acting managing director, Mr Parkop Kurua, who presented the cheque, said Papua New Guineans were very happy to be able to reciprocate the generosity that Australians have shown to them over the years.

“We have seen the personal, environmental and economic devastation that has been caused by the bushfires, and we understand the pain and loss that Australians are feeling,” he said.

“Papua New Guinea is no stranger to the misery of natural disasters, including floods, drought and famine, fires, tsunamis and volcanoes … and we have appreciated the help that our neighbour has provided in our time of need.

“Now it is our turn to lend a helping land.”

Minister Muthuvel thanked the 7100 employees at KCH, its fellow SOEs and its subsidiaries. “While we might not be a financial super-power, we have a big heart, and SOE staff should be proud of their effort to help Australia,” he said.

Mr Muthuvel said he would present a cheque to the PNG Red Cross, for distribution to the Australian Red Cross.