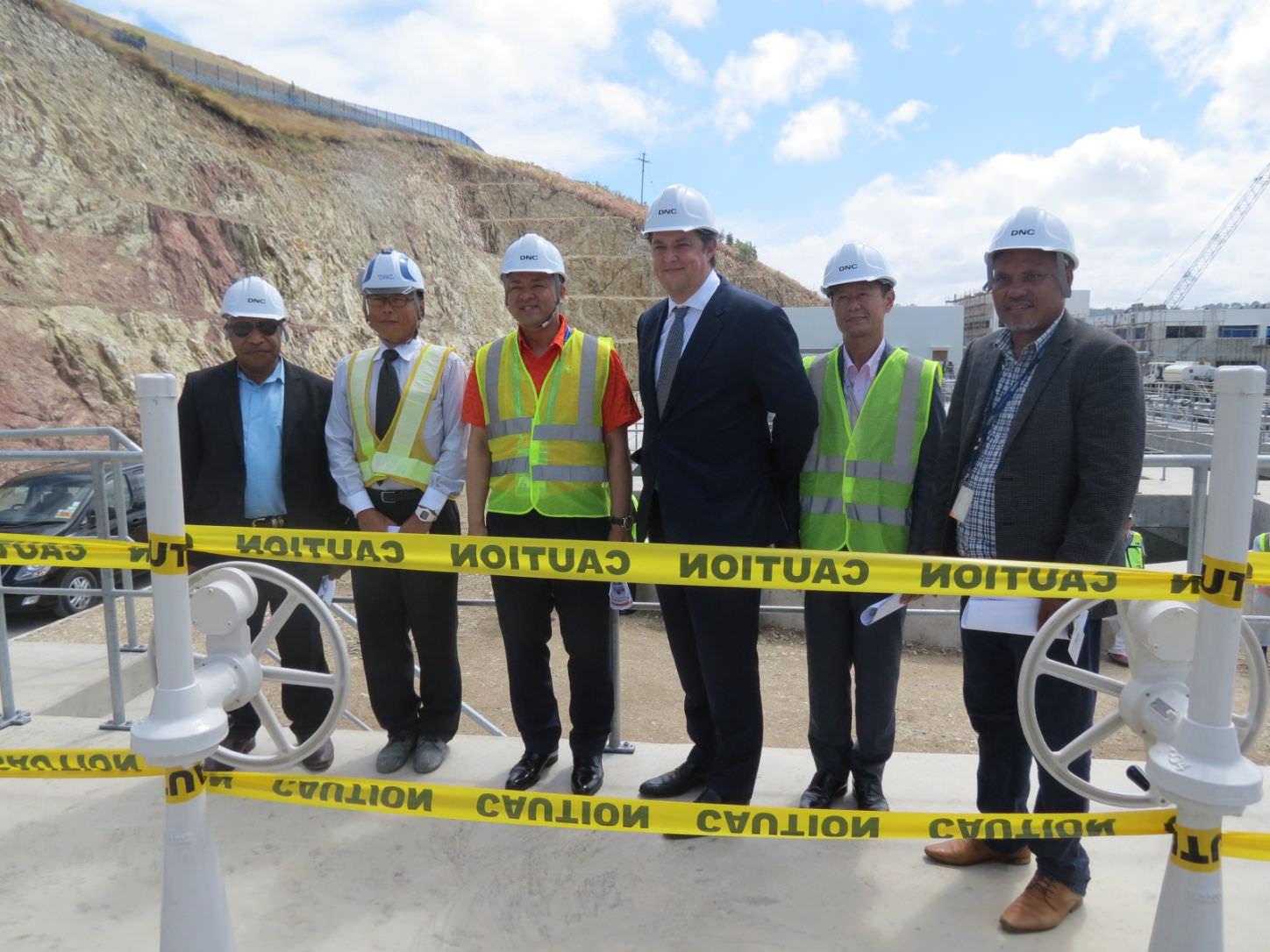 The K400 million state-of-the-art treatment facility, being constructed at Joyce Bay, is jointly funded by the Government of Japan through its international development partner agency, Japanese International Cooperation Agency (JICA), and the Government of Papua New Guinea. JICA contributed 55 percent of the cost while the State took up the remaining 45 percent.

“On behalf of the State, I would like to thank the Government of Japan, JICA, and the people of Japan for their continued support towards the development aspirations of Papua New Guinea,” said Young.

He says the sewerage facility was just one of the many impact projects that attest to the vibrant bilateral ties shared between these two great nations.

The rapid population growth brought on by an influx of rural to urban drift and an increase in socio-economic activities over the years drives the demand for increased, effective utilities.

The treatment plant itself is designed to treat 18.4 million litres per day, and comprises 13 pumping stations, a sewerage network of 26km and a 1.2km ocean outfall.

The plant is built to the highest international standards for waste water treatment and will further protect the Papuan coastline as a pristine maritime environment for generations to come.

The project commenced construction in April 2016 and will be fully functional and ready for commissioning by the prime ministers of PNG and Japan during the November APEC Leaders’ Summit.

Eda Ranu will be the operator of the facility once commissioned.

20 Eda Ranu employees are currently based at the facility.